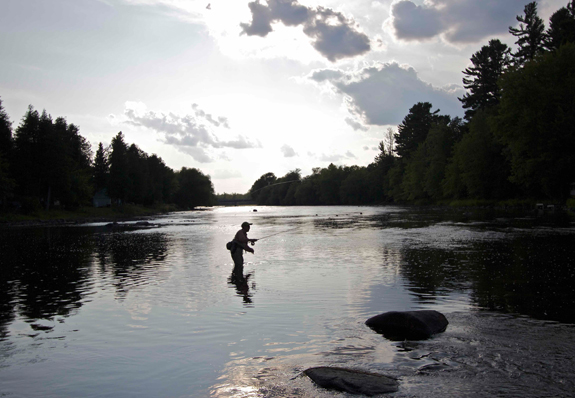 THE NEW FLY FISHER has been in production for over ten years and is still going strong. The series premise is simple – it is all about education. There are quite a few fishing shows on television; even some purely fly fishing series. The problem is few, if any, really help you learn. That is why this series was conceived. Hosted principally by Colin McKeown, Bill Spicer, Phil Rowley and Tom Rosenbauer, the series is broadcast to millions of anglers every week on numerous networks across North America. The principal networks are PBS and WFN. In addition, the series is broadcast on networks throughout Europe.