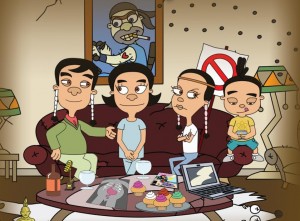 THE DEERSKINS is rated # 1 in Canada on APTN / 8pm Sat. time slot, inspired by a sprinkle of The Simpsons and a touch of Family Guy.Hilarity and absurdity collide when a highly educated and unorthodox native family is forced off the reserve into a working class town. When they try to mix in with their multicultural neighbours in the city of CHEDDARVILLE things get really wacky. Dad goes by the name of THUNDER, who is a world famous television star; his wife DAWNA is a gifted surgeon. They have two children, SUMMER, a supermodel daughter and PHOENIX, their boy wonder son.

THE DEERSKINS is a clever prime time animation series with unique story lines that pokes fun at everyday issues in zany ways and also takes cultural stereotyping to an absurd level that no one can stop laughing at. 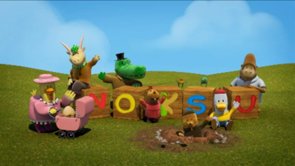 Things just happen to NOKSU, whose name means “be yourself”. NOKSU’s natural curiosity and extroverted character propel him from one adventure to another and wherever he goes, his tiny friend Nupi buzzes along too. With a handful of other colourful characters who help along the way, NOKSU is in the complicated business of growing up. He learns something new all the time: how to cope with the dangers of crossing the road; how to avoid too much junk food; how to treat everyone with respect – all those life skills which have to be mastered along a child’s path – and which the series shares with young viewers through humorous and engaging story lines.

Welcome to the LOTZA preschool series.  LOTZA was created to entertain and inspire young kids with FUN, COLORFUL VIDEOS, IMAGES and ANIMATION.  The LOTZA series has virtually no words, which makes it ideal for localizing worldwide. LOTZA is filled with lots of things that preschoolers adore and love to see…LOTZA trains, LOTZA dogs, LOTZA boats and more! LOTZA entertains kids with a vast compilation of captivating video, moving images & animation set to happy and uplifting musical themes. LOTZA is a unique interactive activity motivator for children aged 0-4 years old. LOTZA was created and developed by two loving dads –one dad’s baby loved dogs and the other dad’s baby loved trains. Both dads looked everywhere for a series about dogs and trains though they could not find any that featured live action dogs and trains appropriate for baby viewing. That’s how the LOTZA brand was born and it has been an instant hit for their early preschool kids and other families ever since! 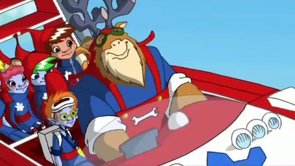 A delightful 2-D animation series for 6-11 year olds that features the ‘Red Caps’, Santa’s special year-long team of dynamic helpers who are endowed with special powers and help children all over the world to stand up for their rights & take responsibility for our planet. The series will be accompanied by many cross media features such as a series of books, an internet community & games and the 3-D ‘Red Caps’ feature film The Magic Crystal.

In Season 1, the magic crystal that helps Santa deliver presents is broken into 26 fragments, scattered around the world. The Red Caps are on a mission to get them back and sets them off on a course filled with with comedy and adventure.  The squad members have magic stars that give them very special powers and language translating skills too. They help kids around the world overcome many threats and dangers through courage, imagination, agility and their special sense of humour.

Their motto is: “Make It Snappy!”  Every Red Caps mission succeeds when the child hero in each episode discovers his or her hidden talents. The series is also intertwined with global children’s rights issues along with the squad’s ongoing struggle against Santa’s wicked twin brother, Basil. The Squad’s main mission throughout the series is to get back the 26 fragments of the Magic Crystal before Basil. Each episode’s adventure is a complete story, yet each is a piece of a puzzle that will be completed only at the end of the series. The Red Caps Squad are friends that children can always count on: they do what they say and they never lie. They believe in themselves and in children, they are intelligent and never use violence. Season 1 contains 26 exciting adventures on 5 continents that will keep audiences captivated and waiting for more.  The series is perfect year round as well as for the holiday season.

Andrea Lang, Vice President of Animation & Children’s Programmes at RTL2 said: “Red Caps combines seasonal feelings with adventures and excitement, it is European and for boys as well as for girls. We are very enthusiastic about the charm and humour of this new series: Red Caps will highlight our profile of Pokito, our RTL 2 kid’s brand, and bring fun and entertainment to our young viewers next Christmas season.”