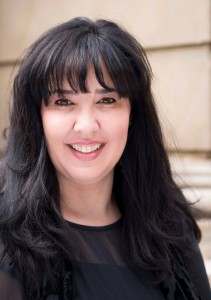 Based in TORONTO, CANADA, kelencontent specializes in developing business development and creative content strategies to drive growth in distribution, pre-sales for content across all platforms, including XR. The company works with broadcasters, creative studios and a roster of producers both in-house and alongside third party partnerships and joint ventures. kelencontent assists companies to develop, finance, produce and license high impact programming and interactive / virtual reality and other digital assets across multiple platforms.  The company is platform and genre agnostic and its mission is to nurture world class talent and production teams along with setting up agile and scalable marketing and global distributing strategies for content and businesses. The company’s expertise is also genre agnostic across factual, documentary, animation, comedy/entertainment, drama and virtual reality content production for North American and global markets.

kelencontent was founded by Tanya Kelen, a senior television executive with over 15+ years of domestic and international experience in distribution and production of content along with digital assets. Tanya runs operations from Toronto and consults with studios and several development, distribution  & sales agents on a case-by-case basis across Los Angeles, New York, Montreal and international markets.

Before launching the company in 2008, Tanya Kelen was head of worldwide sales and co-productions with Breakthrough Entertainment, one of Canada’s top 10 production and distribution companies. While at Breakthrough from 2003 – 2008, Kelen expanded sales revenue exponentially driving 25% growth year on year across five years. As well, she increased the company’s co-production partnerships and supervised global marketing activities for all productions, rebranding the company’s website and all collateral sales materials. Kelen was one of the key executives to secure the first two animated series as Canada/Brazil co-productions including Fishtronaut (6 x 30’) produced by TV Pinguim, the series launched as # 1 on Discovery Kids Latin America and next up was My Big Big Friend (26 x 30’) for Treehouse, a CORUS company and produced by Breakthrough and 2-D Lab

Tanya Kelen also believes in training the next generation of talent. From 2007 – 2011, Tanya designed and delivered the first ever 12-week television distribution course for undergraduate students at Ryerson University (Radio Television and Arts Program). The company is currently developing a series of new courses that will be released shortly online.   In addition, Tanya is a frequent keynote speaker and panelist for organizations such as CASO, Digital Studio XX (Montreal’s first-ever female studio to learn code and technology), the Brazilian TV Producers Association, WIFT-Toronto, Hot Docs, the Ontario Media Development Corporation and many others. As well, she was committee member of ONe-Learning, the first ever e-Learning White Paper produced for Interactive Ontario and funded by the Ontario Media Corporation.

Tanya Kelen is originally from Montreal, Quebec. She is fluently bilingual in both English and French with a working knowledge of Hungarian. While in Montreal, Tanya studied television production and investigative journalism at Dawson College. She went on to specialize in new media, interactive production and communications at Concordia University’s Interdisciplinary Fine Arts Program. In 2007, she attended the prestigious Program on Negotiation and Conflict Resolution at Harvard University along with taking several senior-level Ivey Executive Leadership courses.

Kelen got her start in the television business in Montreal having worked with venerable companies such as Telescene’s development department with Robin Spry (THE HUNGER, Tony & Ridley Scott) and then with CINAR (now COOKIE JAR) in business & legal affairs under the purview of Marie-Josee Corbeil. From 1998 – 2002 she was based in Montreal as a senior sales & development executive with The Multimedia Group of Canada licensing a catalogue of over 2000 hours including award-winning mega hit JUST FOR LAUGHS gags, DEVINE ENTERTAINMENT’S ARTIST’S, INVENTORS & COMPOSERS KIDS/FAMILY SPECIALS produced for HBO along with several notable CIRQUE DU SOLEIL specials.  Kelen moved to Toronto in 2002 and calls it home away from her second home in Montreal when she is not using up her frequent flyer miles.