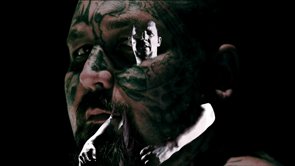 If anyone was beyond rehabilitation, it was career criminal Michael Bull Roberts. A violent, white supremacist, drug trafficking gang member, he was ruthless and unrepentant in his brutality. Physically and sexually assaulted as a child, his struggles with addiction, mental illness, homelessness, violence and crime were the foundation on which his hugely successful gang activities were built. Every attempt at change was inevitably met with failure, until an unexpected and dramatic encounter occurred.

This one-hour documentary looks at the beauty and challenge of rebuilding a broken life from the ashes of hatred and violence.Shot in ultra-high definition 4K, using the revolutionary RED Camera, this beautifully shot story will peel back the layers of a scandalous life to investigate what it takes to transition from Notorious to Glorious.