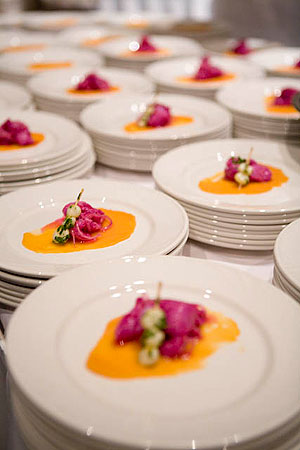 The series is the hottest culinary competition in the world based in breathtaking Canada. Who will become the next greatest chef?This culinary event visits many exciting cities with top chefs who compete in harrowing challenges cooking for hundreds of people in record-breaking time. The competition makes stops in major cities and pits seasoned and rookie chefs together to create a delectably emotionally charged series. Episodes include seasoned competitors such as Mark McEwen (The Heat, Food Network) andDavid Lee. Some chefs carve out detailed battle plans for their competition while some of the uninitiated chefs encounter nasty shocks.

The result is a rollercoaster ride for the competitors and a fight to the finish. Other chefs will go to extreme lengths to capture attention by designing their competition tables with videos, sculptures, and custom bars. There are many hurdles to overcome from malfunctioning equipment to staffing shortages, in the end, the dishes area mazing, and a surprise competitor always claims the medal in the end. This is the ultimate chef battle for supremacy – but with late arrivals and logistical nightmares, audiences never know who is going to win until the bitter end. GOLD MEDAL PLATES captures the gritty action on the floor – from grudge matchesgalore to ego positioning – these chefs will go to great lengths to cause a stir and gain the upper hand. Others wing it at the last minute citing creative inspiration. FORMAT RIGHTS AVAILABLE.